The valleys of the Drentsche Aa watershed were carved by the melting water at the end of the Saale glaciation, about 130,000 years ago. Large glaciers bulldozed across the northern Netherlands and they re-shaped the landscape. When the glaciers melted, the large quantities of melt water eroded deep valleys. Once the glaciers had gone, what was left behind was a plateau of glacial moraines and boulders, cut across by the deep meltwater gullies. A bunch of these gullies combined to form the present-day watershed of the Drentsche Aa.

Nowhere else in the Netherlands (or NW Europe for that matter) can you find a river system so well preserved as that of the ‘Drentsche Aa’. Today it still (or again) winds its way through the landscape like it has been for thousands of years. In this nearly-pristine landscape farmers have toiled for centuries to create a farmland rich in nature and archeology. The river system of the Drentsche Aa forms the backbone of the national park Nationale Park Beek- en Esdorpenlandschap Drentsche Aa.

No ‘Drentsche Aa’ in Drenthe

The ‘Drentsche Aa’ (aa is an old word for river) does not really exist in Drenthe; only in Groningen does it go by that name. With the ‘Drentsche Aa’ we usually indicate the entire system of streams and brooks in the northern portion of Drenthe. Usually the stream or ‘Diep’ is named after the nearest town, so in Drenthe the Drentsche Aa goes by many different names.

The valley of the ‘Drentsche Aa’ was nominated more than once for the status of national park. However, a national park in the original sense of a nature reserve was no option, because within the watershed there are several larger and many smaller towns, and most of the territory is agricultural. As an alternative, a new, special concept arose, that of the ‘Nationaal beek- en esdorpenlandschap Drentsche Aa’ (National landscape of the towns and streams of the Drentsche Aa), which has kept its original and unique identity and atmosphere. In 2007 this national landscape was expanded to include the entire watershed of the Drentsche Aa, with a total area of some 34000 hectares (84000 acres). You can find more information on: www.drentscheaa.nl.

The national park is bounded by higher ridges to the south and east. The highest elevation is about 21 m above sea level.

Click here for an interactive map of the Drentsche Aa

The Drentsche Aa changes name near every town it flows past. South of Oudemolen the river splits into three main branches: the Anreper Diep, the Rolder/Andersche Diep and the Deurzer/Amer Diep. The Anreper Diep joins the Amer Diep and continues its course as Deurzer Diep, Looner Diep, Taarlose Diep until it joins with the Gasterse Diep. The eastern branch starts as Anderse Diep, a very long and narrow brook, then becomes Rolder Diep and Gasterse Diep. Together with the Taarlose Diep it continues northwards as the Oudemolense Diep, which changes its name a few times, in Schipborgse Diep and Westerdiep. Only once it crosses the border into Groningen its final stretch is called ‘Drentsche Aa’ as it reaches the city of Groningen.

Several of the streams did not stay in their original bed but changed course over time. Near Assen, Loon, Tynaarlo and Glimmen you can find dry valleys that were once occupied by the Aa. Near Oudemolen the Drentsche Aa cuts through the Tynaarlo ridge. These later cuts can be recognized by their narrow bed and steep sides. Similar features can be found near Glimmen, Deurze, Loon and Taarlo. Other processes have influenced the course of the rivers, like blowing sand and moving salt pillars.

Whatever happened to the streams throughout the ages, today the Drentsche Aa still quietly winds its way northward through the beautiful landscape, carrying its waters to the sea via the canals in Groningen. 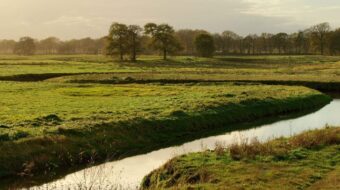 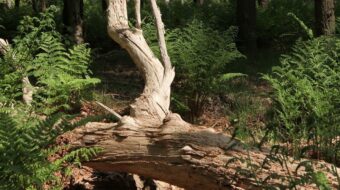 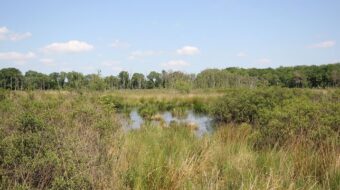 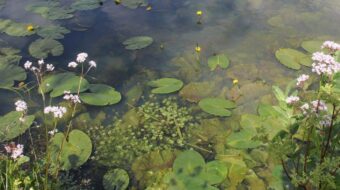