Old farmhouses and oil in Schoonebeek

The best preserved and most beautiful farm of Drenthe is located in the Oosterse Bos in Schoonebeek. At least that was the opinion of the inhabitants of Drenthe when they had the chance to select from 12 of the most characteristic farm buildings in the province. They voted for the farm ‘Zwaantje Hans-Stokman’s Hof’.

The Zwaantje Hans-Stokman’s Hof (farm) is a beautifully restored traditional farmhouse with adjoining barn, dating from the 17th century. In 1885 the Hans family from Bentheim became owners and they lived there for almost 100 years. The last member of the family, Zwaantje Hans, turned the old art of sand painting into a touristic attraction inside the living quarters of the farmhouse.

In many of the farms in Drenthe you could find a ‘sand tapestry’. Until early last century floor carpets were unknown to the farmer. The floors of the living quarters consisted of large slabs of Bentheim sandstone or green and red glazed floor tiles. Using a fine white sand the farmer’s wife would create intricate patterns on the bare floors, called a sand carpet. This way the women could show-off their artistic talent, and the kitchen floor would look at its best on sunday.

In the old town of Schoonebeek this tradition was kept alive, and in the museum farm you can try your own hand at sand painting. The old farmhouse has been completely restored and furnished as a museum. In the barn a permanent exhibition on the history of the oil industry in Schoonebeek has been set up by the NAM, the local oil company.

Schoonebeek is a village in the extreme southeast of Drenthe. It consists of a string of clusters of old farms, which originated on narrow sandy ridges in a wet and peaty area. On the south side it borders the Schoonebeekerdiep, the border with Germany. Up to the twentieth century, an immense peat area stretched on the north side, the Bourtanger Moor.

In the Middle Ages farmers settled here who started farming on top of the peat and in the valley of the Schoonebeekerdiep, with livestock and arable farming. That has been the case for centuries. The well-preserved villages (protected village views) Westerse Bos, Middendorp and Oosterse Bos still exude that old atmosphere. At the beginning of the nineteenth century, a new town was added close to the German border, Nieuw-Schoonebeek, the place where German colonists established their farms.

A drastic change occurred in the years immediately after the Second World War, when it turned out that there was a large oil field in the deep underground. This discovery resulted in the area becoming full of oil installations and many new activities and inhabitants. That continues to this day. A permanent exhibition about the oil production in Schoonebeek has been set up in the old barn of the farm. In the center of town stands the last remaining pumpjack reminding us of the oil industry in Schoonebeek.

A special feature of Schoonebeek were the boos (singular boo), many of which stood in the valley of the Schoonebeekerdiep river. A boo was a cattle shed that stood at a great distance from the farm, like a kind of outpost of the farm. For much of the year, a herd of cattle remained there, under the care of a cowherd. The cattle were grazed and fattened, only to return to the farm for a short time in winter. The only surviving original Wilms boo was lost by arson shortly after its restoration. There is now a reconstruction on the site, which is rented out as a holiday home. 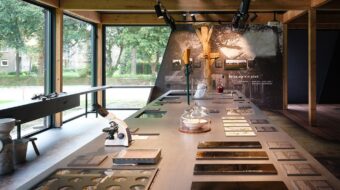 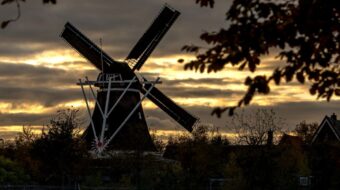 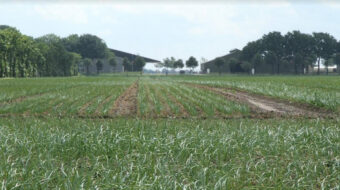 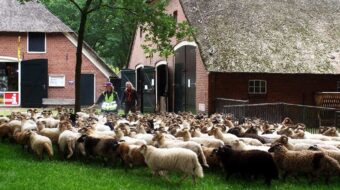 Like in so many Drenthe towns, the sheep herd of Exloo was owned by the farmers from Exloo. […] 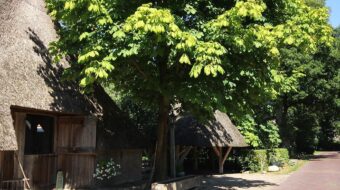 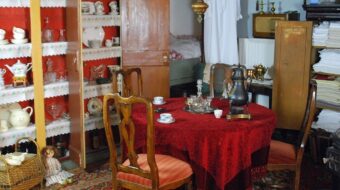 This museum (‘The Vault’) in the village of Eext is located inside a former ice house, built in […] 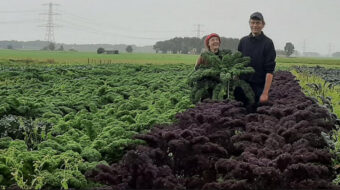